The lead up to this year’s festival, the twentieth, couldn’t have been more different to those of the last couple of years. A long period of warm, dry weather had reduced weather-related anxiety among committee members to almost zero although we were slightly concerned about the beer getting a bit warm in the sunshine. The increased confidence in the weather led to the event being attended by a record number of campers many of whom arrived on the Friday night. In the event, we had a mostly cloudy but warm and dry day, ‘Ideal beer-drinking weather’,  I was informed by a number of experts (there were many).

We had pretty much the same number of beers (122) as last year but more willing volunteers available to drink them so by 11pm we were pretty much drunk dry, so congratulations on your efforts – you know who you are, or most of you do! The result of this collective effort is, in all probability, a record amount raised for Leukaemia and Lymphoma Research and local organisations. The precise amount will be announced once we have paid our bills and done our sums.

An event as successful as the beer festival could not be staged without a lot of people putting in time and effort to make sure it happens. Although it is an enjoyable day for everyone there is a certain sense of satisfaction knowing that you have contributed towards the success of the day. Luckily, there are many people in and around Hook Norton who are happy to help and many hands do make light work when setting up and dismantling stillage, erecting fences and tents! So thank you to everyone, from those with the ‘glamour jobs’ of beer pouring and music-making to the less enticing jobs of beer collector, ticket seller, litter picker the morning after the night before (well done Beavers and Cubs), entry pack preparer (thank you ladies) and parking attendant (cheers Hook Norton Football Club ).

As always, a big thank you to Pete Watkins for organising the music and all the musicians, local and from further afield, who played for free for the festival – it is very much appreciated.  My personal favourite was the chunky 70s/80s rock covers from the MC Pigs that accompanied my beer pouring shift.

A special thank you goes to Pete Skelton and Dave Cooper who organised the raffle (record takings this year), all those who donated raffle prizes (list below). Thanks also to Simon and Jenny Mead for running the serving of the pig roast in the afternoon. There are also a number of people around the village who are happy to provide facilities and services often without acknowledgement. They include John and Sandra Harris for letting us use their field; the Clarke family and Hook Norton Brewery, without their extensive support and reputation the beer festival just wouldn’t happen; Nigel Matthews of Banbury Plant Hire for providing (and taking away) all the bins and skips; Ben Acreman of Acreman’s Arboriculture for providing a load of wood chip at very short notice; the Fire Service for running the lager bar; Dean Wood of The Firs Garage for giving us the use of his mobile display unit and KMS Litho for printing the tickets, voting slips and beer lists.

Queues at the main gate were shorter and faster moving this year so there was less delay in getting in. This was due to having more volunteers  enabling us to have an extra ticket desk. We always have jobs that need doing if you are willing to lend a hand.  If participation appeals to you drop us an email at [email protected].
PS. A number of items of lost property were found on the field. If you think any of it may be yours please email [email protected] .

Beer of the Festival

2 Course meal for 4 at the Pear Tree Inn, Hook Norton
Won by Karen and David Smith 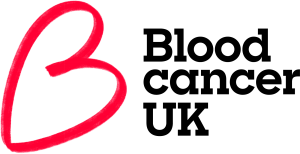